Well, the day has come – Invicta FM (by name at least) ceases to be. I thought I would come out of hiding in my blog to share my memories of what was once Kent’s best ILR station. 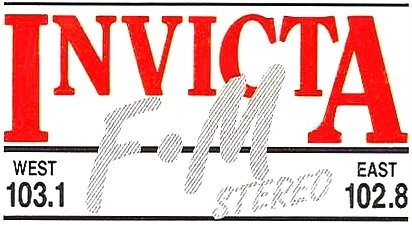 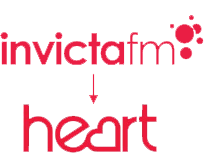 Now, I’m not going to discuss the reasons why I disagree with the name change, there’s already a 68 page thread on Digital Spy that contains plenty of my opinions, I want this to be more centred on the good times I had with Invicta!

I first moved to the county in 1990 with my mum and step dad. Being 4 years old I don’t actually remember much of the first few years. Although I do remember my hearing Invicta Supergold coming from my parent’s bedroom on a few occasions!

My first vivid memory was laying in bed listening to the launch of the Morning Zoo with Neil Francis and Simon Beale (Nealy and Bealy!). I remember Neil Francis running late for the first ever show and Simon ringing him up periodically to ask how he was getting on! Update (2015): I have found the audio clip, amazingly:

After that, I listened more and more to Invicta, and I do remember at one point when I was making my own ‘fake’ radio shows, I used to cross to Invicta the top of the hour for their news! Hence why I have these Invicta news bulletins from a while back:

Invicta also got me through my school homework, I remember listening to The Fridge with Stephen Sullivan (and Taz!) religiously every night. The ‘Raid the Fridge’ feature comes to mind there too :)

Thanks to the man himself for letting me embed a clip he uploaded to his SoundCloud of The Fridge:

stephensullivan · The Fridge on Invicta FM

Towards the end of my listening history with Invicta (people are going to see this one a bit more controversial methinks) was the networked Steve Penk show. Although it was networked, they made no effort hiding this fact, unlike most networking these days! Regardless of what people say about him, his ability to make me laugh with his windups and general on-air presence is one of the things I’m going to remember most fondly.

My friend just reminded me of an amusing thing we did in Sixth Form when we had a few free periods. We were listening to the 10am-1pm show (I think it was with Neil Faraday) and decided on a whim to drive to Radio House in Whitstable to try and get on the air. We texted him to let him know, and got a mention jokingly.

When we got in, we asked to see him, the receptionists said unfortunately we couldn’t as he didn’t have time, but they’d said we could have some goodies, so we got a few Invicta FM T shirts, a couple of Morning Zoo Kellogg’s breakfast packs (complete with Kellogg’s mug) and umpteen stickers!

Another show I enjoyed thoroughly was Jonathan Miles’ show (maybe this was just because they’d got rid of the bloody Wind-down Zone – something as a kid I never really enjoyed). He was always up for a laugh, and his ‘bitch of a day’ feature always made you realise your day probably hadn’t been as hard as you first thought! Jonathan now presents mid-mornings on BBC Newcastle.

After Penky left, I must admit I didn’t listen as often at night as I used to. 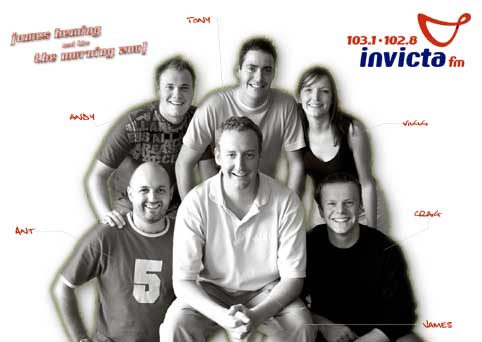 I still listened religiously to the Morning Zoo until I moved to Surrey in 2005. I still have some old stickers on the window at my parents house (anyone remember the short-lived 7-day Morning Zoo?).

My memory has a slight blank spot between Neil and Simon and James Heming so maybe someone can fill the blanks in this Morning Zoo timeline:

If you want some Morning Zoo related nostalgia, get yourself over to the Internet Archive’s Wayback Machine: here.

Where Are They Now?

I can’t answer this definitively, but I’ll give it a shot. If anyone wants to update me on my factual accuracy, please let me know!

If anyone has any jingles from my heyday of listening to Invicta (~1994-2005), I would gladly pay for a CD of as many jingles as you can fit on there! Comment to this blog post (or PM me on Digital Spy) if by some strange co-incidence someone who does finds this! I’ll close this post, with a wonderful montage of jingles over the years of Invicta, compiled by ‘mbessex‘ on Digital Spy. I hope he doesn’t mind me posting it on here…